It’s been about a week since the Castle Rock series ended. It’s also been about two weeks since it had successfully mindfucked me. I’m still trying to recover. Now I talked about this series on my podcast, but I decided to convey some clear thoughts and feelings via blog post. I almost did another episode this week that mainly focused on season one and its ending. (I’ve made correction in this post in regards to anything I may have said incorrectly on the podcast episode: https://anchor.fm/earthtotia/episodes/Episode-6-The-Castle-Rock-Breakdown-e293pd)

Castle Rock is an anthology just like American Horror Story. Each season will focus on a different group of people and tell a different story, but will of course be set in Castle Rock. Castle Rock, Maine has been the setting for many of Stephen King’s literary works such as, Cujo, some short stories that were featured in the Skeleton Crew and many more.

Castle Rock jumps back and forth between 2018 and 1991 as well as an alternate universe that may or may not exist. The story focuses on Henry Deaver (Andre Holland) who seems to be the only black person in this very small Maine town. As a child, Henry was adopted by Matthew, the town’s pastor and his wife, Ruth (Sissy Spacek). Henry went missing some years ago, which really caused a stir within this quiet and very white town. It was very cold during the time, but he was found alive and well, which was odd because he had been missing for days.

In 2018, Lacy who was a prison warden of Shawshank Prison commits suicide shortly after feeding a young man who is kept in a cage in a septic tank at the prison for unknown reasons.

He is eventually found by the new prison warden, T. Porter who is baffled by the discovery and has no clue as to what she should do next. The young man is eventually dubbed “The Kid” (Bill Skarsgard) because he has no identification and will not tell them who is or why he was in the cage. However, when he does speak he requests Henry Deaver.

Now an adult Henry Deaver is a death row lawyer in Texas which is very far from where he grew up. He has the message relayed to him via correctional officer who feels that the prison is being unethical with its treatment of its prisoners and thought that something unjust may happen to The Kid. When Henry comes back to town to meet this client and see his mother, Ruth who is currently suffering from dementia. When he comes back to town it brings back a lot old memories for the people there. People believed that he was a sadistic and manipulative child who killed his father. One interesting thing to note is that he has no recollection of his disappearance as well as why his father died shortly after he was went missing.

Now that I’ve given you a brief overview we can right into the *spoilers* so don’t read past this point unless you want the show to be to ruined for you and you want to be somewhat confused.

I wasn’t too pleased with the way the series ended because I felt like it was leading up to a monumental reveal. I thought we were finally going to get some answers. We had been confused for 9 episodes and I thought it was time that we finally get some clarity on what the hell is actually going on in this fucked up town, BUT NOPE. To make this clear and easy to read I’ll breakdown a few things I peeped during this season. 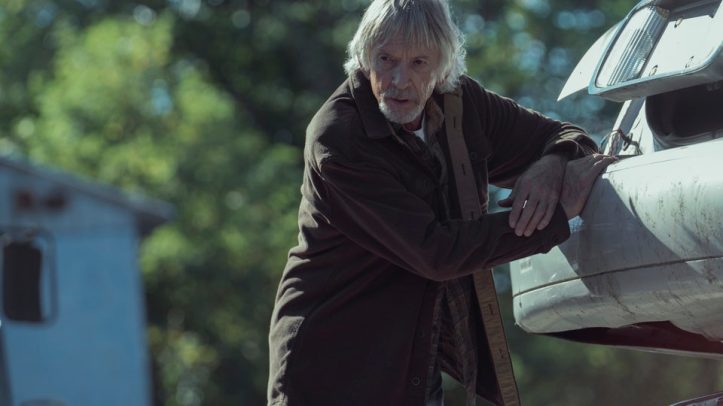 The Kid and Alan met years ago when Henry went missing. When Alan saw him at Ruth’s house he told him he hadn’t aged a bit since 1991. Shortly afterwards, he told him that if Alan did a series of tasks he could help make Ruth better. However, when Alan came back The Kid basically set him up to be shot killed by a confused Ruth. 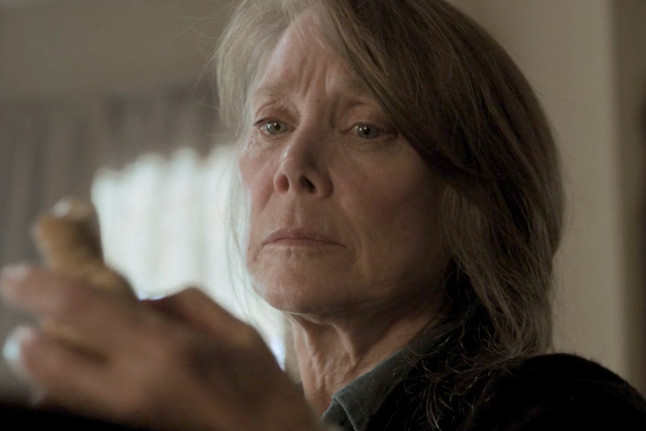 Alan bought Ruth a chess set. Throughout the series, she uses the chess pieces as markers because it seems as though she is traveling through time or there’s some sort of time loop. I say this because after Alan is shot the next morning there is a knock at the door. It’s Alan! He says that someone called him and said they heard gunshots at her house. He heard the gunshots that kill his future/past self? I think. It’s notable to consider the fact that the town gave him a memorial while he was very much alive which was odd because memorials are typical given in remembrance of people. The bridge that was memorialized after Alan is the same bridge that Ruth jumped off and as a result had to be hospitalized. 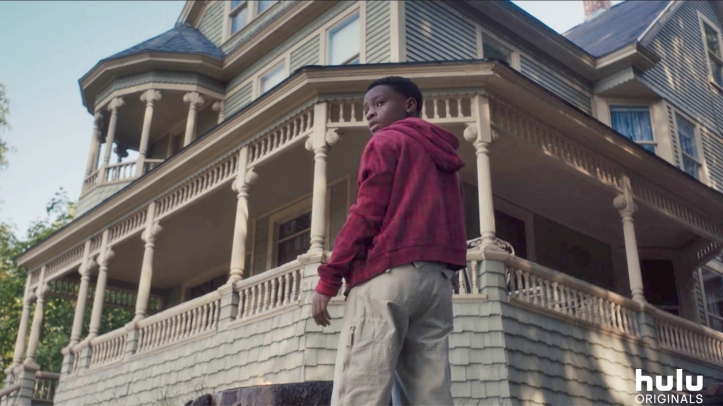 Back when Alan was the town’s sheriff, he was the one who found Henry in the woods years ago. When he just randomly popped up in the woods alive and well. 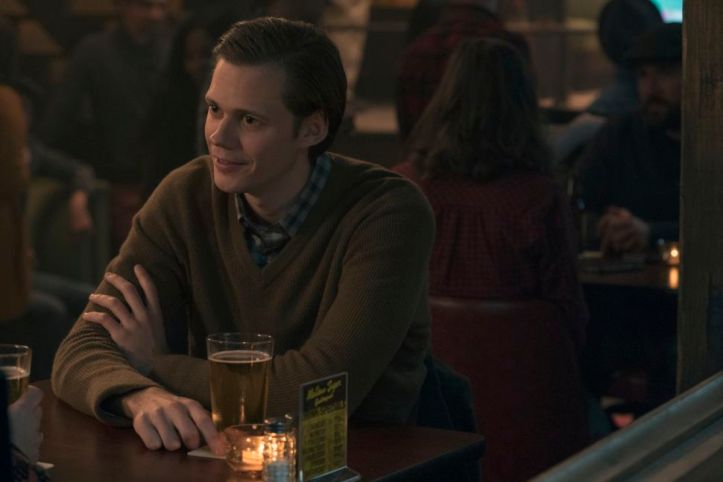 In episode 9, The Kid goes to Molly and plants the ultimate seed of doubt. He tells Molly that he’s actually Henry Deaver and he lived in a different universe. He gave her a whole spiel about his life which included a successful career, a wife, and ultimately the outcome of Ruth going through with leaving Pastor Deaver some years ago. In his supposed universe, she actually packed the suitcase and they left. He stated that in present day there, he came back to town due to his father’s death. He told Molly about how much happier she seemed there and how he found black Henry (as a child) in his father’s basement being kept in a cage. Now when they began talking to the younger Henry he kept stating that he needed to get back to the woods. Molly and White Henry?/The Kid went out to the woods and there was like aura/ portal opening that White Henry/The Kid walked through in the midst of this they were being pursued by the police. Molly’s telepathic abilities allowed her to see this portal and visions of people who had died in the woods very clearly which distracted her from acknowledging that she was being pursued by the police. As a result, she was shot and killed while White Henry/The Kid traveled to this alternate universe  following being young Henry. He claims to have been stuck there and needs Henry to go out to the woods with him so that he can back.

Now this story sounded like a pile of bullshit for multiple reasons. 1. He has never aged since whenever he traveled through dimensions. 2. In that particular scene, the officer shot a warning shot in the air, but it somehow hit her in the back and fatally killed her from the sky? 3. Why did the black henry who was only about 10 years old feel the need to go out to the woods and listen for the schisms when originally he was saying that he didn’t hear anything when Matthew would make him go out there? 4. Why would black Henry be kept in a cage? White Henry/The Kid was clearly some sort of demon or something, but evidently not a smart one because his story had a few holes in it. He was trying to convince Molly that the chaos and death that was occurring was due to the fact that he didn’t belong in that universe, but in reality he was some chaos demon who would set buildings on fire and cause people to kill one another. 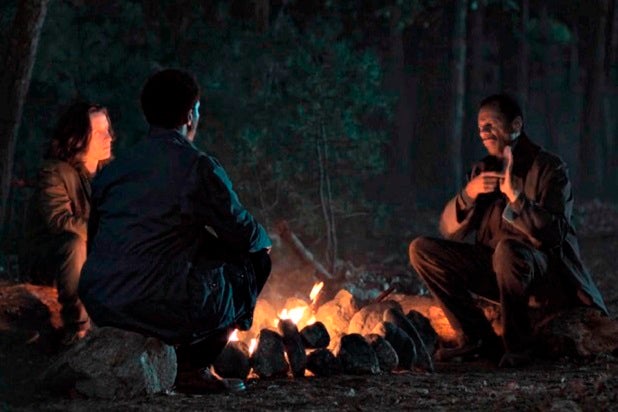 Another part that didn’t make much sense to me was when in present day, Henry went out to the woods at night the same night Ruth killed Alan trying to piece together what happened when he went missing. He came across an older black man and young white man who ended up locking him in an anechoic chamber, which amplified the ringing in his ears (he had been suffering from the ring ever since the jail incident when the correctional officer went rogue) Molly found Henry trapped while using her ability and the old man was found dead the next day. I’m assuming Molly killed again as she was one who killed Henry’s dad by removing his tracheotomy piece.

Henry swore that he loved his father and didn’t do anything to hurt him those years ago, but the flashback had shown Henry pushing his father off the cliff and severely injuring him then shortly after Molly came to his home where Matthew had been recovering from his fall and killed him. My assumption is that Henry attempted to kill Matthew in order to save Ruth. Minutes before Henry went missing and Matthew was pushed off the cliff he told Henry that he would have to kill Ruth so that she could pay for her sins (having an affair with Alan).

I still don’t get why the couple that had the historical horror bed and breakfast were included in the series. Their introduction and departure was pretty random. I guess it was a pivotal point for Henry to sneak inside what used to be Lacy’s home and look at the paintings he did of The Kid? I don’t know. It just seemed out of place to me. It did show how long The Kid had been around.

The ending to the series was pretty inconclusive which made me feel unfulfilled. I think a lot of viewers felt the same way. We were confused for 9 episodes and then at the 10th we still didn’t get any resolution as to why or how anything went the way it did. Apparently, it was intended to be subjective as it is up to us to decide whether The Kid is good or bad. I think that is what drove Lacy to commit suicide because he couldn’t determine whether he was doing the right the thing by holding the kid captive. I think the series lost a lot of people because they got so caught up in being mysterious that they forgot to ensure the meaning behind everything they put in place.