I’m really into true crime stories/shows and documentaries so “Unseen” was a good mixture of the two. I was scrolling through Amazon Prime when I came across this documentary that was about a serious crime that had hit the news a few years ago and I honestly didn’t know much about it.

The “Unseen” documentary was released in 2016. The film discussed Robert Sowell also known as the Cleveland Strangler who was a previously convicted sex offender who had been able to commit various sex offenses within two years and killed 11 women.

Prior to his arrest in 2009, Robert Sowell was arrested and convicted in 1989 for the kidnapping, rape and attempted rape of Melvette Sockwell in Cuyahoga County. He served 15 years in prison and was released in 2005. After his release he moved to Mt. Pleasant, which is a small community in Jefferson County of Cleveland, Ohio. He worked in a factory for a short time up until 2007, then he began collecting unemployment benefits.

People in Sowell’s neighborhood stated that he had been making a living from selling scrap metal and he was a known drug user. He also seemed to be dealing with mental illness, which seemed apparent to me after watching the interrogation footage in the documentary where he stated that he didn’t recall murdering any of his victims, but he did have some “bad dreams” about the murders. There was also a report that he was registered to an online dating site where he stated that he was a “master” looking for his “sub.” 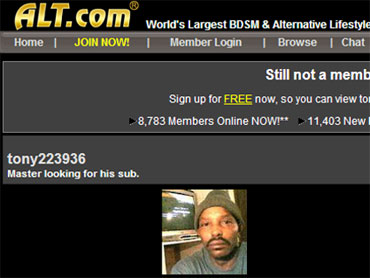 Sowell had about 11 victims that police knew of that he had killed. Some of his surviving victims escaped by jumping off the roof of his home or standing on the roof waving for help.

In the documentary, some of the victims that had escaped discussed the horrors of the house and how they were able to get away in great detail. The majority of Sowell’s victims were black, substance abusers and sex workers. He preyed on these women because he knew that because of their substance abuse problem or their desire for money as a sex worker would cause them to lack the level of discernment they would have needed to detect what type of person he was.

It was evident that Sowell had capitalized off the fact that the community was deteriorating and was plagued with sex, drugs and crime. He lured most of his victims into his home with the promise of good time that consisted of alcohol and crack cocaine. He was hiding in plain sight for two years.

No one suspected a thing even when women were going missing, jumping off the roof of his home, and leaving his home severely beaten. Even when his neighborhood reeked of the decaying bodies he had been burying on his property, which had been blamed on a nearby butcher shop for a period of time. Robert Sowell had been burying his victims in shallow graves in the backyard, and the 3rd floor of his home as well as in various crawl spaces.

Some of his victims that had managed to get away chose not to report anything to the police due to their own criminal records that would conflict with their report on what he did to them. One of his victims did file a police report, but she was told that there was insufficient evidence so the investigation ultimately went nowhere. Sowell also had at least three more rape victims that he had actually let live.

After watching “Unseen,” I truly believed that the police and the state failed the black women who fell victim to Robert Sowell. I say this because he was a convicted sex offender who had been charged with with kidnapping, rape and attempted rape in 1989 and served 15 years in prison.

After doing a policy critique for one of my graduate courses, I learned a lot about SORNA which was basically an act implemented in order to standardize the sex offender registry across the US so that law enforcement and the community would be aware of the sex offender’s presence. Mainly it was supposed to assist law enforcement in pinpointing one of the offenders whenever a new offense or sex offenses arises in order to use the process of elimination. SORNA was implemented a year after Sowell was released from prison. It did not seem like anyone was aware of who he was or what offenses he had committed but considering the type of victims he targeted they would not have been aware anyway.

“Unseen” also touched on the dark side of crime because it seemed to me that at the rate he was offending, police may never know the true number of victims. I also think that the black women Anthony Sowell victimized were failed because there were no police investigations into the missing person cases. I believe that they were stereotyped based on the SES and the presence of drugs within the community as well as the demographics. Some of the relatives of the women who had been abducted and killed by Sowell stated that the police were not looking into the cases and many of them did not get any resolution or closure until police found the bodies on Sowell’s properties.

I hope you all check out this intriguing documentary, which was an eye opener for me. It highlighted the impact of ineffective policing and a flawed system that allowed numerous women to be victimized by a known sex offender in a small community in Cleveland, Ohio.