I feel like I should share my favorite songs, albums and artists more often because why not?

James Blake who is one of my favorite artists recently released his new album. I feel like I never really know what to expect from him. Each body of work is typically different from the other because artists are always in different spaces mentally. I enjoy that about artists and their albums because you see the growth and sometimes their growth coincides with my own growth so it makes each track personally resonate with me. Having songs that personally resonate with me is important because sometimes I like to feel like I’m not just vibing to a good beat with some decent lyrics. I want to experience the feeling, the mood, and the imagery. With James Blake, I’m always amazed at his evolving ability to mesh electronic + alternative +soul + moodiness with a hint of hip hop. In the past he has collaborated with RZA, Kendrick Lamar, Chance the Rapper, and Beyonce.

James Blake has always displayed transparency and a level of vulnerability about love and life experiences, which is what draws fans like myself in every time. I felt this album to my core because it was about all of the things that I felt. The seemingly regular aspects of our everyday lives like being in love, opening up, expressiveness, our mental health, and our inner thoughts. All of those different layers that make up who we are.

I was pleased to see an Andre 3000 feature on the track Where’s the Catch? Both artists take turns exchanging verses that come off as their inner thoughts. “Are you in love?” which is one of my favorite songs because like he stated in his iTunes interview it’s about that stage in a relationship where you’re both thinking it, but both waiting for the other to say it. Both looking for that reassurance from one another to know that you’re both in love and all is well. Likewise, “I’ll Come Too” has a similar feel. When you’re in love, you want to be where they are. You want to go where they are. You both experience the comfort of knowing you’re not alone in this. Another one of my favorite tracks is “Can’t Believe the Way We Flow” because a melodic, electronic love song about how effortlessly the time flows as you coexist with each other is what I never knew I needed until I heard it.

“The plan is to become reachable, to assume material form, to leave my head and join the world.” – James Blake 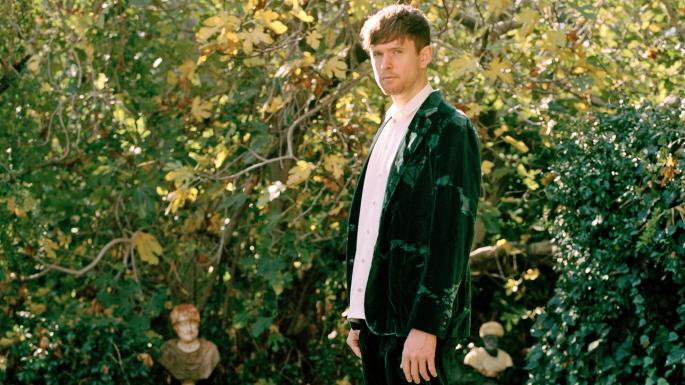 This album felt like a matured version of Blake’s debut self-titled or sophomore album, Overgrown. If you circle back you can hear and feel the emotion that was in songs like Retrograde, Wilhelm Scream, Limit to Your Love transformed and matured into what is now Assume Form. Very distant from the melancholy, sulky tunes that I still love. It’s more than evident that James Blake is a much better place mentally. His music feels much lighter than it was initially. With Assume Form there is this airy, lovely, tangible feel that comes with imagery of happiness and openness because now he’s coming out of the bubble he has been in for most of his career. I was reading an interview he did with Dazed, which was pretty enlightening because he was opening up about earlier thought processes experiences and his newfound happiness. Blake also spoke candidly about mental health and illness in the interview as well, which I thought was a great move especially given the fact that he had been labeled as sad or depressed. A lot of times things can be sensationalized and labels often stick without considering the actual effect it has on the individual it is directed towards. He even shared a tweet back in 2018 about how it made him feel, but just recently he also shared how influential his girlfriend, Jameela Jamil was in the making of his album.

To @jameelajamil I love you and you are the reason this album exists, but now everyone else has it, so I’ll see you at home in 30 mins and we can talk shit about everyone.

Overall, I loved this album. I feel like this is an album that you can appreciate if you’re in love, you like love songs, you’re coming out of your bubble and working towards being more open and expressive. Regardless, this album is good for everyone. Give it a listen. It’s become apart of my morning of ritual. It puts me in an amazing mood. All times of the day.