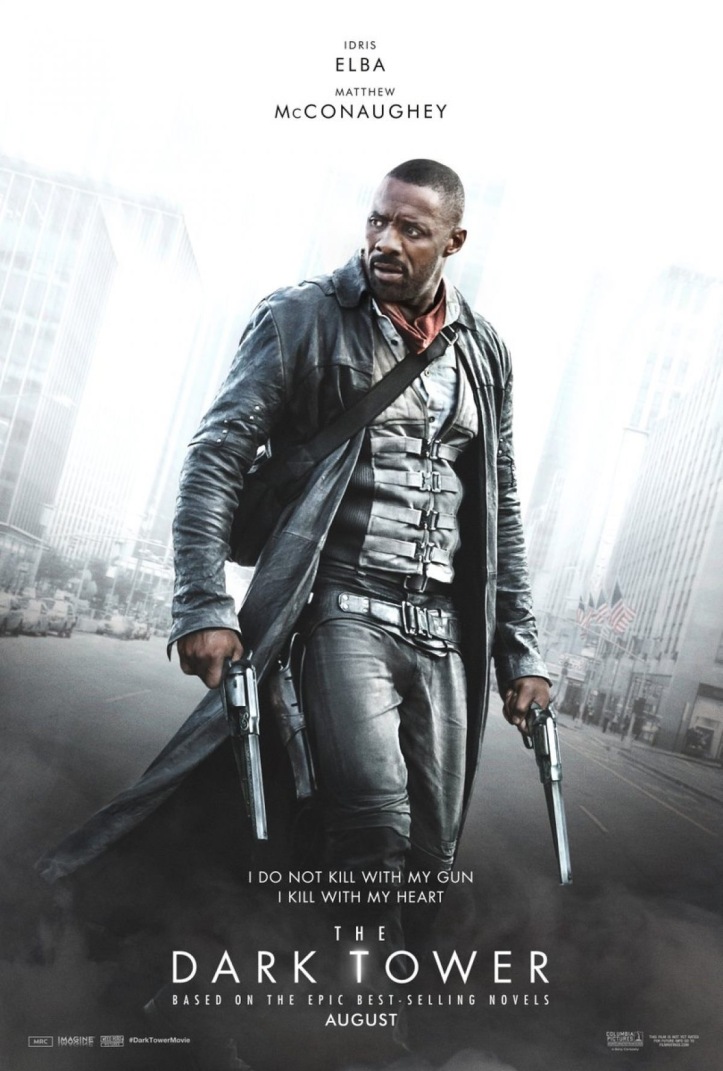 Yesterday I went to go see Dark Tower, which is a film based on Stephen King’s Dark Tower book series.

The movie begins by briefly stating that there is a dark tower at the center of the universe that protects everything in the universe and that the only the way the tower can be destroyed is by the mind of a child.

Jake is a teen with special abilities that make a “shiner.” through the utilization of his abilities as a shiner he teams up with one of the last gunslingers from the midworld in order to save this “dark tower” which is said to protect the universe. The dark tower is currently at risk because of this man in black AKA Walter who is a sorcerer with no real agenda besides destroying the tower, which is an awful short term goal if you ask me because I mean once he destroys the tower then what?

Roland realizes that Jake can be used to help lead him to Walter to get the revenge he’s oh so desperate for. Along their journey they fight off Walter’s illusions and sorcery all while dodging his henchmen and forest creatures. Roland basically babysits the boy. He pats him up every now and then even though he’s emotionally disconnected and just wants to seek revenge for his father’s death.

This film’s trailer initially had me pressed to go see this movie. The graphics, potential of the plot and the lead stars made me feel like they might be on to something with this Stephen King book adaption, but I left the theatre feeling like blah instead. Don’t get me wrong it had a few comedic moments and a few action packed scenes, but I feel like the writers and directors left me wanting more. Much of the plot did not make sense there were lots of gaps and it even felt rushed. Roland was just on the brink of death at one point in the movie and then all of a sudden Jake gets him an aspirin and he’s fine (???). The fight scene between Roland and Walter was even lazy. The ending was really unrealistic even for a fantasy movie.

Overall I would give this movie 3 out of 5.